Measles is a rash illness resulting from infection with the measles virus. It can affect people of all ages but infants less than one year of age and those who are immunocompromised are at increased risk of complications and death. It's one of the most communicable diseases with one case having the potential to infect another 12 to 18 individuals through airborne transmission and respiratory droplets in susceptible populations.

MMR is the combined vaccine that protects against measles, mumps and rubella and is the most effective strategy for preventing the transmission of measles.

For more information on measles, visit the NHS Choices website.

Before vaccination, measles was a very common childhood disease in Scotland and deaths attributable to measles were substantial. Following the introduction of measles vaccine in 1968 and the subsequent introduction of the MMR vaccine in 1988, the incidence of the disease has decreased dramatically. However, as Figure 1 shows, outbreaks still occur in under immunised populations. 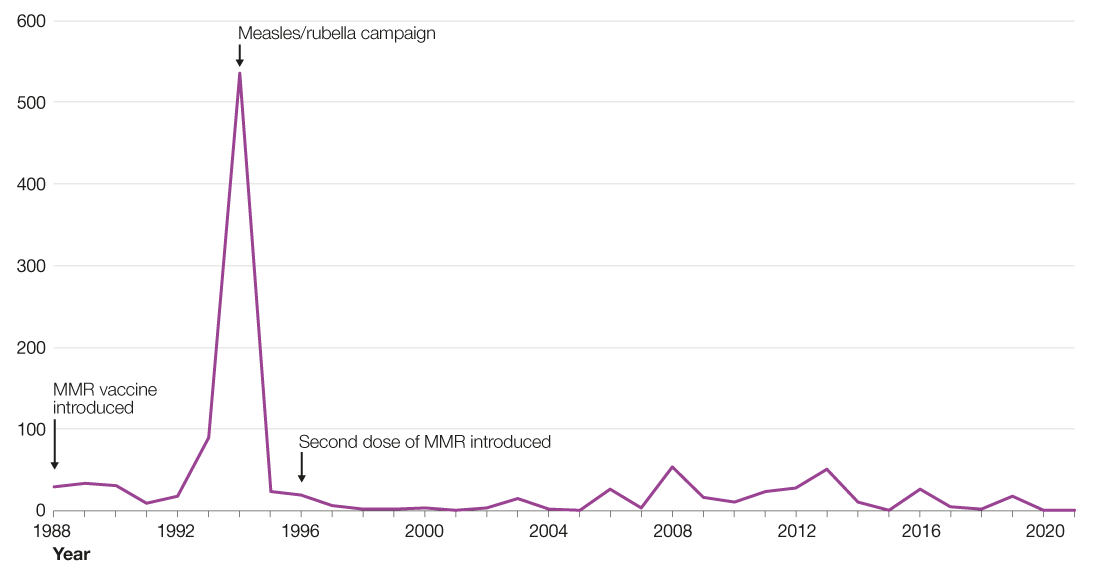 As shown in Figure 2, the annual number of laboratory-confirmed measles cases has been variable and there have been no cases of measles reported in Scotland since 2019. Numbers preceding this fluctuated with no cases in 2015; 26 in 2016; five in 2017, and two in 2018. Cases in Scotland over this time were imported or linked to an imported case within or outwith the UK

In 2019, 18 laboratory-confirmed cases of measles were reported. Of these, one case was acquired elsewhere within the UK, outwith Scotland; from which two further cases were subsequently identified. Seven cases were imported from outwith the UK, and resulted in two import-related cases in Scotland. The remaining six laboratory-confirmed cases of measles in Scotland were of unknown origin. Preliminary typing indicates the majority of these cases to be of strains identified elsewhere in the UK and Europe, which reflects the shift to endemic transmission within the UK and across the continent.

In highly vaccinated populations such as Scotland, rarely, individuals who have received two doses of MMR vaccine can develop symptoms following exposure to a measles case, but symptoms are usually attenuated and individuals are unlikely to be as infectious. No sustained further transmission occurred in Scotland, highlighting the success of the MMR vaccination programme and the importance of maintaining high vaccine uptake in Scotland. 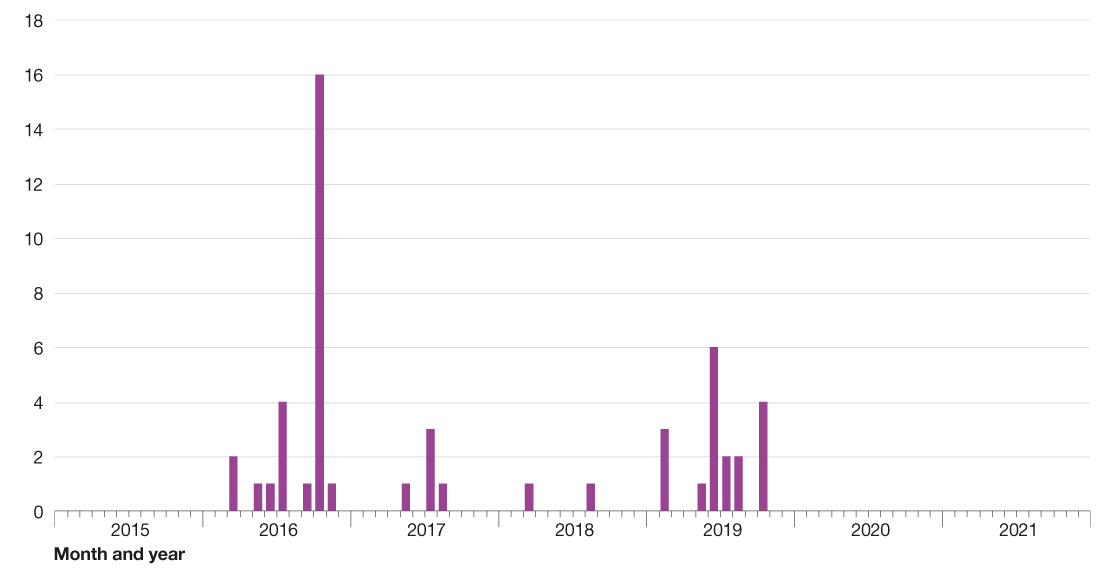 Measles outbreaks occurred across Europe throughout 2018 and continued into 2019. Between March 2020 and February 2021, 718 cases of measles were reported to the European Centre for Disease Prevention and Control (external weblink). This is a notable reduction from the previous 12 month period reported between January and December 2020, with case numbers falling from March last year.

The EU/EEA countries with the highest rate of cases between March 2020 and February 2021 remained in Romania and Bulgaria with 21.16 cases per million population and 13.52 cases per million, respectively.

Ongoing measles activity in Europe and globally poses a threat to international travellers and Scotland will continue to face an elevated risk of imported cases from other counties and other regions of the UK (external weblink).