Mumps is a disease resulting from infection by the mumps virus. The disease is characterised by swelling of one or both cheeks or sides of the jaw, also known as parotitis, along with:

Mumps infection can also lead to serious complications including:

The most effective strategy for preventing the transmission of mumps is vaccination with the measles mumps rubella (MMR) vaccine.

More information on mumps can be found on the NHS Inform website.

Guidance on mumps: risk in pregnancy, infection in healthcare settings and the MMR vaccine can be found on the Public Health England website.

Mumps was a common childhood disease before the introduction of the MMR vaccine, with more than 85% of adults having evidence of previous mumps infection. Following the introduction of the MMR vaccine in 1988, the incidence of mumps substantially decreased. However, since 2004, there has been ongoing widespread increased incidence of mumps throughout the UK, with the number of laboratory-confirmed cases peaking in 2005. As shown in Figure 1, smaller outbreaks have occurred in 2009, 2012, and 2014 to 2015. At these points in time, most of the individuals affected were adolescents and young adults and had not received two doses of MMR.

As shown in Figure 2, the number of laboratory-confirmed mumps cases has been variable over the last several years. Numbers by the end of 2019 reached 784, and the number of cases reported for 2020, by the end of March, was 853, exceeding the total for the previous year. In late 2014 to 2015, a widespread outbreak occurred which mainly affected those in higher education. The observed increase in cases in 2019 may represent poor initial immune response to the mumps component of the MMR vaccine, waning immunity, or a combination of both within fully and partially vaccinated individuals. From April 2020 there was a notable reduction in cases of mumps reported and no cases of mumps have been reported between January and March 2021. 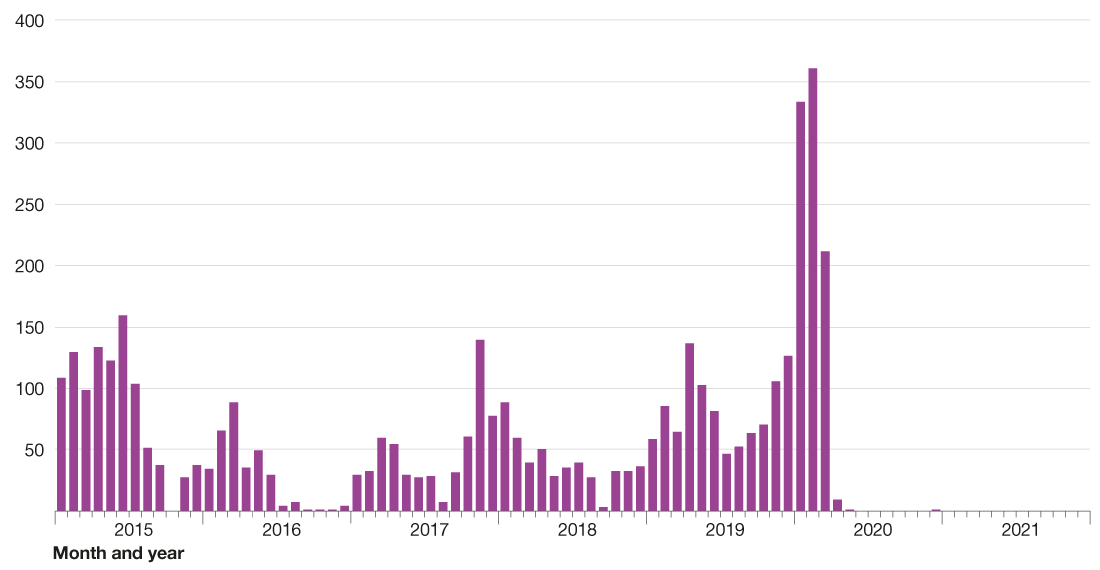 There were 281 laboratory-confirmed mumps cases in 2018, which is a decrease compared to 2017 during which 385 cases were reported. In 2019, a higher number of cases was observed with 784 laboratory-confirmed cases of mumps reported. NHS Boards continued to experience clusters of mumps with 853 cases reported in the first quarter of 2020, occurring mainly in adolescents and young adults. This trend has since shown a significant decline, with only 10 cases reported between April and June and a single case reported in December in 2020.

No cases of mumps have been reported in the first quarter of 2021. This is most likely to be the result of social distancing measures implemented to mitigate the transmission of COVID-19, which will also have interrupted the transmission of mumps, as well as reducing attendance at primary care to diagnose.

Figure 3 shows that the majority of mumps cases in recent years have been in those aged between 17 to 34 years. Although the vaccination status of cases is not routinely collected, this is consistent with the age groups which are likely to be under-immunised with a mumps-containing vaccine, or for whom there is waning immunity.

Figure 3: Number of laboratory-confirmed cases of mumps in Scotland by age group and year, 2015 to 2020 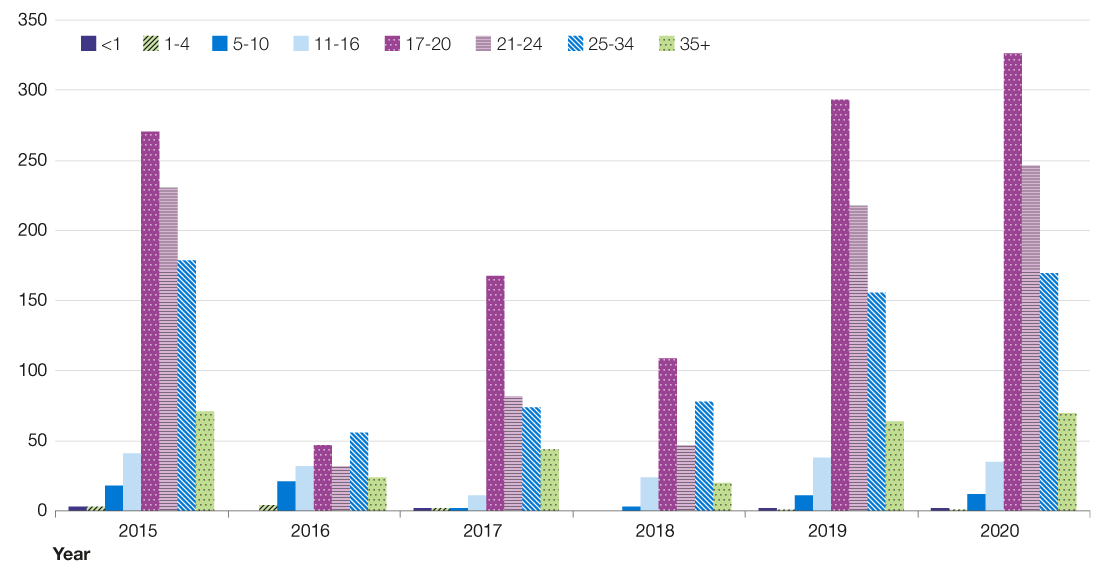 Figure 4: Number of laboratory-confirmed cases of mumps by age group, 2020

There are limitations caused by a reliance on laboratory reports as this will represent a considerable underestimate of community circulation of mumps as many cases may be undiagnosed or based on clinical confirmation only. It should also be noted that differences in sampling and testing practices may account for variation across the NHS Boards.